The Dragon Boat Festival, also named "Calamus Festival" or "Daughter's Festival", takes place in May 5th in the lunar calendar. It is a folk festival with a history of over two thousand years. There are various celebrating activities on the day, among which eating rice dumplings (zongzi, the steamed glutinous rice wrapped in bamboo leaves) and dragon boat race are important customs.

There are many legends on the origin of the Dragon Boat Festival. However, the legend on Qu Yuan is the most widely spread. People praise highly the lofty sentiment and outstanding talent toward this patriotic poet and take more pity on the finale that he drowned himself in a river. In the mind of most Chinese people, the conventions of eating rice dumplings and Dragon Boat Race in the Festival are all closely related to the commemoration of Qu Yuan. 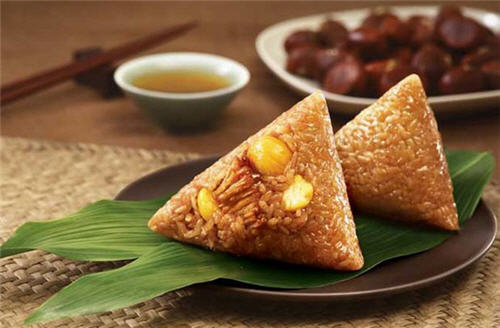 Dragon Boat Race, a major convention in the Festival, first appeared in the Warring States Age. At that time, it was only a sacrificial activity. Among the rapid drum, the dragon-like canoes cross the river like hot cakes, not only entertaining the gods but also bringing pleasure for people. Later people held Dragon Boat Race to memorialize the poet Qu Yuan who drowned himself in a river. Now Dragon Boat Race is a traditional entertainment for Chinese people. 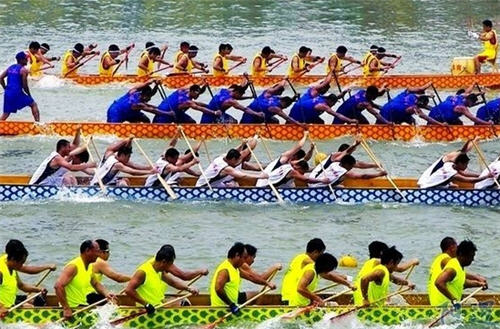 Nuns in Buddhist nunneries cut out of colorful thin silk patterns of toads, lizards, spiders, snakes and centipedes and distribute them to their benefactors to be posted on doors and in bedrooms before the Dragon Boat Festival. It is believed that the cutouts can suppress such poisonous vermin. These emblems are thus called the "amulets against the five poisonous pests".